Period of Negotiation in Juba Extended to Three Weeks 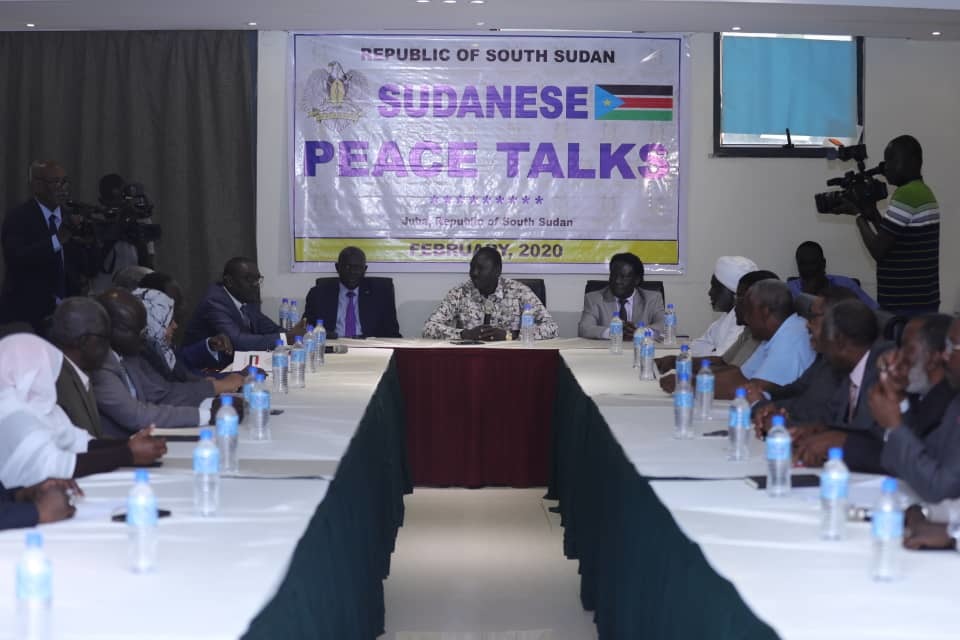 Juba, Feb. 16 (SUNA) The Member of the Mediation Committee, Dr. Dio Matok announced that the negotiating parties, the Transitional Government and the Revolutionary Front, had reached an agreement to extend the validity of the negotiation period to three weeks to treat some of the issues related to the Juba Declaration, including the appointment of the states’ governors and the formation of the Transitional Legislative Council.

The Member of south Sudan’s state Mediation delegation in the peace negotiations in Juba, Dio Maok, said in a press conference, held late yesterday after the meeting that lasted after midnight, that the mediation set one week for the issue of appointing the states’ governors and the Transitional Legislative Council, congratulating the Transitional Government and the Revolutionary Front on this achievement.

He pointed out that the agreement lays a great responsibility and challenges on the mediation in order to complete the negotiation process in the specified period, hoping that the committee will succeed.

The member of  the Transitional Sovereign Council,  Mohamed Hassan Osman Al Taayshi, expressed pleasure of the government to reach an agreement on extending the negotiation period until the agreement over the various tracks, especially the tracks related to the revolutionary front, indicating that the agreement includes two parts, the first relates to the agreement for extending the negotiations period for three weeks, and the other relates to the appointment of the states’ governors, hoping the reaching of an agreement during the specified period in the remaining issues.

Al Taayshi pointed to an agreement to extend the negotiation period to three weeks, hoping to reach an agreement during the specified period on the remaining issues, stressing that there is a possibility to reach a peace agreement that ends the war to start the building the state that Sudanese people dream of.

On his part, the head of the Justice and Equality Movement, Dr. Gabriel Ibrahim, expressed his appreciation to mediators patience ,  and their efforts to reach this stage, he extended thanks to the government side for their tolerance and patience.
Matok revealed that the two parties reached an agreement to extend the negotiation period for a renewable three weeks, while giving priority to discussing the issue of the states’ governors and the formation of the Legislative Council without prejudice to the progress achieved in the various tracks.
He stressed that all parties have strong will and desire to achieve a peace agreement, on which the extension agreed upon is a good proof.

It is worth noting that the mediation has announced next Monday, a date for the signing of the agreement.