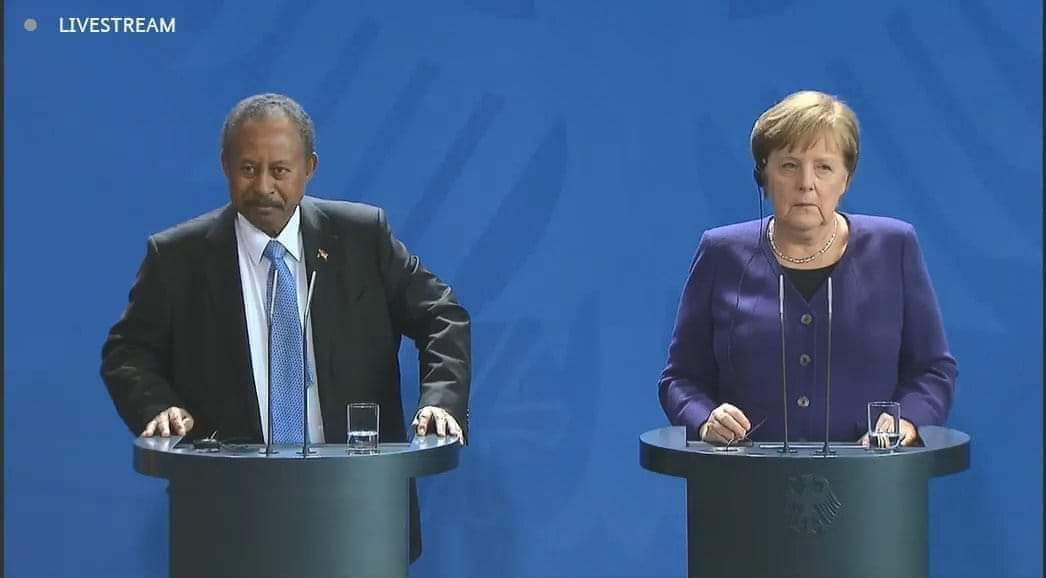 Khartoum, Feb. 16 (SUNA)- The participation of Prime Minister Dr. Abdallah Hamdouk at the Munich Security Conference is a major turning point in the march of Sudan's external relations, which would pave the way towards progress and prosperity and development in the system of external relations and the return of Sudan to the regional and international arenas. Observers have described Hamdouk’s participation at the Munich Security Conference as positive and historical and achieved its political, social, economic and development goals.

The assurances of the German Chancellor, Angela Merkel, that her country will be a partner with the Sudan in order to overcome the great challenges facing it after the overthrow of the dictatorial regime to achieve successes and meet the aspirations of the Sudanese people and the German parliament resolution lifting ban on development aid, were welcomed by Hamdouk, who described the step as a positive one in the right direction and evidence of Germany's steadfast position as an active partner in the process of democratic transformation in the Sudan.

The joint discussions held by the two sides co-chaired by Prime Minister Dr. Abdallah Hamdouk and German Chancellor Angela Merkel, which dealt with developing relations between Sudan and Germany in the various fields besides regional developments and the situations in Libya and Yemen and the importance of Sudan’s stability that would contribute to stability in the whole region, is a step towards strengthening the process of joint cooperation between the two countries in all fields.

The Germman Chanceller addressed a joint press conference with Hamdouk welcoming the prime Minister's visit to Germany, announced her country's commitment to coordinating of international support efforts as part of the Group of Friends of Sudan and working with Germany’s partners to support Sudan during this important stage, saying that Sudan is going through a historic turning point and has now begun to enter a new stage after the Sudanese people were able in a strong and courageous manner to overthrow the regime of injustice after three decades of dictatorship.

She promised that her country will support Sudan along with its partners, saying that the visits of German officials confirm that we really care about the fate of your country and would like to support you as much as possible, noting that the resumption of development support is intended to support Sudan and that Germany immediately allocated 78 million Euros and directed to accelerate its spending on projects that benefit and help the stability of Sudan and the transitional government, adding that her country is ready to provide support in the areas of energy and establishment and rehabilitation of vocational training centers.

In order to strengthen  the bilateral relations, Merkel referred to the resolution issued by the German Bundestag to start development cooperation with Sudan and announced a forthcoming visit by the German President to Sudan.

Prime Minister Dr. Abdallah Hamdouk, on his part, expressed his thanks and deep appreciation to the German government for continuing its strong support for Sudan, saying that Germany's strong position and continued support helped Sudan reaches where it is today.

Hamdouk’s visit availed a good opportunity to inform the German leadership on the political and economic developments in Sudan and the challenges facing the transitional government, stressing that Sudan, with its resources and the determination of his government and support of friends, is capable to overcome these obstacles.

Hamdouk's met on the sidelines of his participation in the Munich Security Conference with a number of participants in the conference in order to enhance the partnership between Sudan and their  countries, as the meetings included Kuwaiti Prime Minister Sheikh Sabah Khalid Al-Hamad Al-Sabah, US Secretary of State, Mike Pompeo, the Finnish Foreign Minister, Pekka Havstow, and Russian Foreign Minister Sergey lavrov  and the Netherlands’ Foreign Minister.

Discussions focused on the bilateral relations between Sudan and those countries and ways to support and develop them, in addition to developments in Sudan and the efforts of the transitional government to achieve peace and address challenges, especially the economic ones.