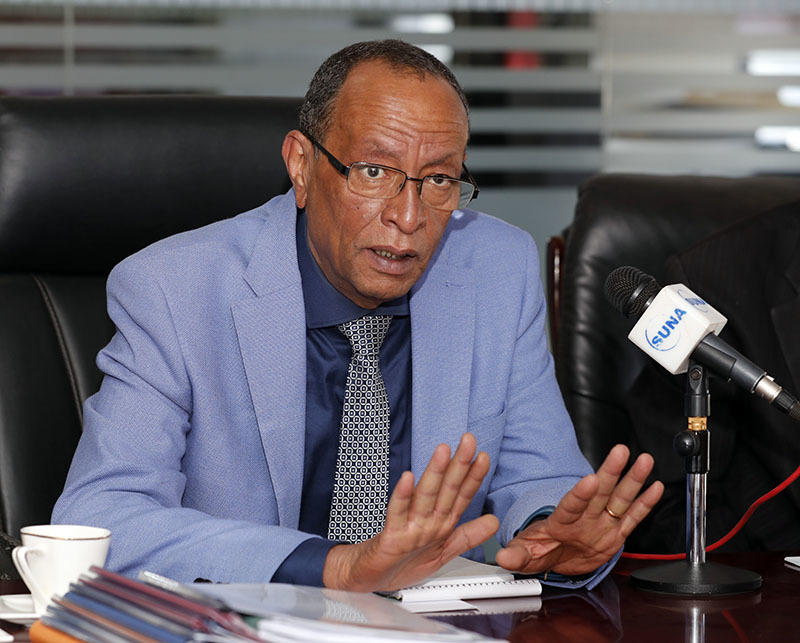 Khartoum, February 16 (SUNA) - The Director-General of the Sudan News Agency (SUNA) Mohamed Abdal-Hamid reviewed, at his Office Sunday, with the Acting Secretary-General of the Secretariat  of the Sudanese Working Abroad(SSWA)  Dr. Abdal-Rahman Said Ahmed the possibility and ways of benefiting from the Sudanese migrants in Europe, particularly in the Netherlands, given that the SUNA Director-General was a Sudanese immigrant in the Netherlands. The Acting Secretary-General of the Sudanese Expatriates’ Affairs Organ said, in statement to SUNA, that the meeting underscored the necessity of concerted efforts to take advantage of the immigrant competencies and the capabilities provided by the relevant organizations and institutions, stating that the medical convoy, which is sending by the Britain-based Salamat Medical Charitable Organization to the city of Merowe in the Northern State, is considered as a real example of what expatriates can do for their homeland and their families, hoping that our diaspora communities and competencies abroad to emulate them for the renaissance of our country.