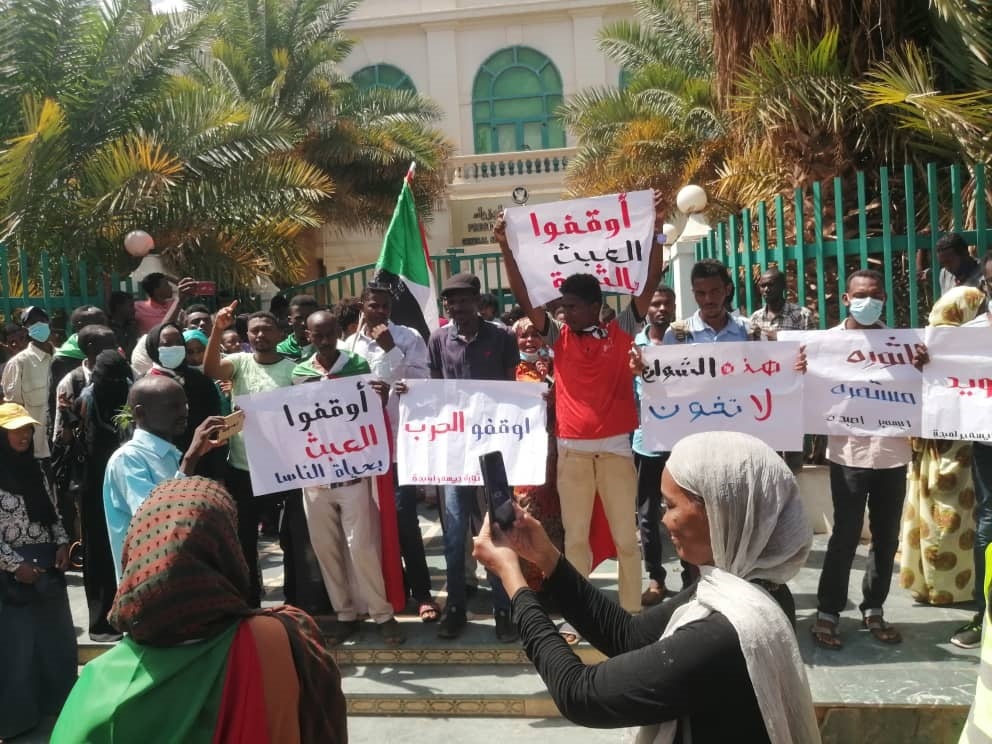 Khartoum, Aug. 17 (SUNA) - The Governor of Khartoum State, Ayman Khaled, has issued a statement about the incidents that accompanied today's (inventory) march.

The acting governor of Khartoum has expressed deep sorrow over the incidents that occurred during the  processions, which were called for by the revolutionary forces of the resistance committees.

He noted to the pledges he made in a statement this morning, on the protection and securing of the processions until they reach their goals, indicating these as the gains of the revolution, and their protection is his duty.

He pointed to his meeting today, Monday evening, with the Attorney General, Taj Al-Sir Al-Habr, and a number of prosecutors responsible for the supervision of the police securing processions, who they provided him with an enlightenment on the details of the incidents, and that the competent authorities will provide more details.

He stated that the Attorney General, the number of prosecutors responsible for the supervision of the police securing processions, have asserted that their firing of the tear gas was based on their assessment of the situation.

The acting governor of Khartoum state underlined that, despite the justifications they presented, he sees that the force that was used was excessive and contradicts the approach of the era of freedom, peace and justice.

He promised, in the statement, to continue investigations any violations that occurred, and to deal with them seriously and decisively.

He called on the Attorney General to investigate today's events before the Council of Ministers, and determine responsibility, in achievement of the principle of justice and accountability.

He added that he held an emergency meeting with Prime Minister Abdullah Hamdouk to discuss the matter.

About the incidents’ details the governor said that he was informed that the General Secretariat of the Council of Ministers has provided a loudspeaker for the organizers of the procession to use in addressing the gathering.

He said that he was informed that a group of revolutionaries asked to meet a representative of the Council of Ministers to introduce the procession’s demands, while another group requested the presence of the Prime Minister himself to address the procession, for which the representative of the Council of Ministers has apologized for not to fulfil their request due to previous commitments.

The governor indicated that the various government bodies, have issued a decision for the release of all the detainees.

He stressed that the revolution has succeeded in ending the era of tyranny and oppression peacefully, and it is forcefully proceed to complete its demands, which will find support and facilitation from all the sectors of Khartoum state’s government.