Khartoum, Oct.3(SUNA)-The member of the Transitional Sovereignty Council(TSC) and Chairman of the Revolutionary Front, Dr Al Hadi Idris, has  saluted  the Sudanese people on occasion of the first anniversary  of Juba Agreement for Peace in Sudan which he described  as great and addressing the root causes of the Sudanese problem, stressing his full keenness to work with the partners  for achieving the  Agreement  major goals  of realizingthe democratic transition  and stability of the country.

He  lauded the role  of government and people of the Republic of South Sudan in hosting and supporting  the Sudan’s peace process.

This came while he was addressing the regular forum of Sudan News Agency (SUNA)  Sunday on occasion of the first anniversary  of signing of the Juba Agreement for Peace in Sudan.

Dr Al Hadi said  the signing of the agreement itself  was considered a great achievement that ended the war and supported the government of the transitional period  in  attaining one of its goals , namely achievement of peace, external openness, removing  Sudan  from the list of the countries sponsoring Terrorism and attracting  support from the international institutions.

He  stressed that none of the peace tracks of the Juba Agreement should  not be canceled because all tracks have achieved great gains for the citizens, saying the oppositions have the right to open the agreement and negotiate  over  it, expressing his optimism over the ability of the sons of the country to lead Sudan to a bright future

Dr. Al-Hadi added that many people around the world are looking forward to the experiment  of the partnership between the military and civilians in the country, which,  he said,  can be a copied  if all the parties to the partnership cooperate to work to reach a civil state and democratic transformation through free and fair elections.

Dr Al-Hadi  reviewed  the positive aspects of the Juba Peace Agreement, top  of which is the peace  the country is enjoying , indicating that the signatory movements did not have any friction between them. He said that the agreement also achieved transitional justice, as many of the laws stipulated in the agreement were approved, such as anti-corruption laws and the elimination of empowerment.

He  renewed their cooperation International Criminal Court(ICC), where, he further added, the Council of Ministers agreed to that and all the components that signed the Declaration of Freedom and Change.

The TSC member  expressed his hope that the parties that did not sign the agreement  Abdul Aziz Al-Hilu and Abdul Wahid Mohamed  Nour would joint the agreement. 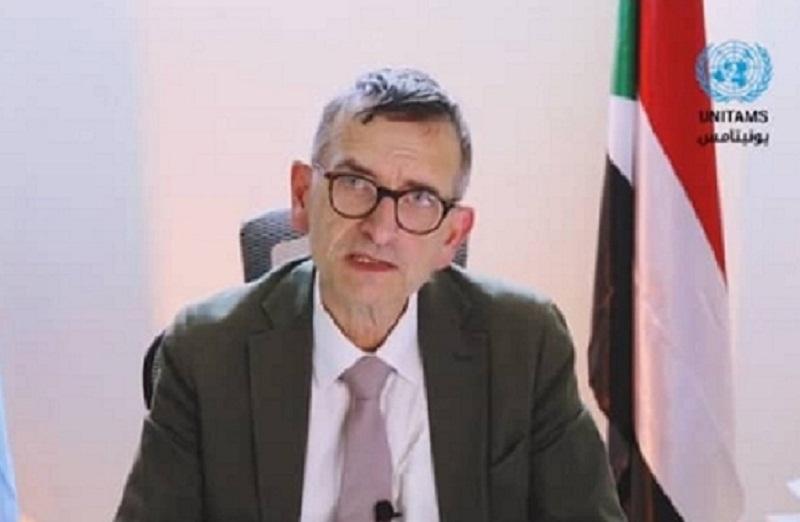